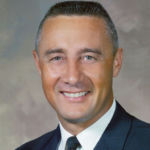 Why Is Gus Grissom Influential?

According to Wikipedia, Virgil Ivan "Gus" Grissom was a United States Air Force pilot and a member of the Mercury Seven selected by National Aeronautics and Space Administration's as Project Mercury astronauts to be the first Americans in outer space. He was a Project Gemini and an Apollo program astronaut. As a member of the NASA Astronaut Corps, Grissom was the second American to fly in space. He was also the second American to fly in space twice, preceded only by Joe Walker with his sub-orbital X-15 flights.

Other Resources About Gus Grissom

What Schools Are Affiliated With Gus Grissom?

Gus Grissom is affiliated with the following schools: