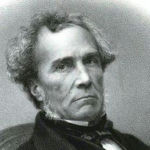 Why Is Gustave de Beaumont Influential?

According to Wikipedia, Comte Gustave Auguste Bonnin de la Bonninière de Beaumont was a French magistrate, prison reformer, and travel companion to the famed philosopher and politician Alexis de Tocqueville. While he was very successful in his lifetime, he is often overlooked and his name is synonymous with Tocqueville's achievements.

Other Resources About Gustave de Beaumont