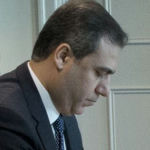 Why Is Hakan Fidan Influential?

According to Wikipedia, Hakan Fidan is a retired Turkish army sergeant, teacher, diplomat and the Head of Turkey's National Intelligence Organization. Career After a first degree in management and political sciences at University of Maryland University College he got master's thesis and PhD thesis, both from Bilkent University. He was a non-commissioned officer in the Turkish Army from 1986 to 2001. He was the head of the Turkish Development and Cooperation Agency from 2003 to 2007. In November 2007 he was appointed as a deputy-undersecretary in the Prime Ministry. From May 2010 to February 2015, he was the undersecretary of the National Intelligence Organization . On 7 February 2015, he resigned from his position to run for the Turkish Grand National Assembly from the AK Parti. One month later, on 9 March 2015, he withdrew his candidacy and hours later was reappointed to his former job by the Government.

Other Resources About Hakan Fidan

What Schools Are Affiliated With Hakan Fidan?

Hakan Fidan is affiliated with the following schools: