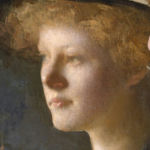 Why Is Helen Clay Frick Influential?

According to Wikipedia, Helen Clay Frick was an American philanthropist and art collector. She was born in Pittsburgh, Pennsylvania, the third child of the coke and steel magnate Henry Clay Frick and his wife, Adelaide Howard Childs . Two of her siblings did not reach adulthood, and her father played favorites with his two surviving children, Childs Frick and Helen. After the reading of their father's will, which favored Helen, the brother and sister were estranged for the rest of their lives. Nonetheless, Helen developed as a strong, independent and spirited young woman.

Other Resources About Helen Clay Frick