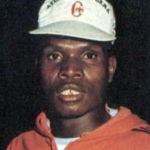 Why Is Henry Rono Influential?

According to Wikipedia, Henry Rono is a Kenyan retired track and field athlete who specialised in various long-distance running events. Although he never competed at the Olympics, Rono is remembered as one of the most prolific collegiate competitors in the history of track in the United States, as well as being the former record holder for the 3000 metres steeplechase for over a decade. Rono also set the world record for the 5000 metres twice, in 1978, then broke that record three years later.

Other Resources About Henry Rono

What Schools Are Affiliated With Henry Rono?

Henry Rono is affiliated with the following schools:

What Are Henry Rono's Academic Contributions?

Henry Rono has made the following academic contributions: