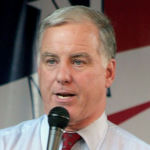 Why Is Howard Dean Influential?

According to Wikipedia, Howard Brush Dean III is an American physician, author, lobbyist, and retired politician who served as the 79th governor of Vermont from 1991 to 2003 and chair of the Democratic National Committee from 2005 to 2009. Dean was an unsuccessful candidate for the Democratic nomination in the 2004 presidential election. Later, his implementation of the fifty-state strategy as head of the DNC is credited with the Democratic victories in the 2006 and 2008 elections. Afterward, he became a political commentator and consultant to McKenna Long & Aldridge, a law and lobbying firm.

Other Resources About Howard Dean

What Schools Are Affiliated With Howard Dean?

Howard Dean is affiliated with the following schools: