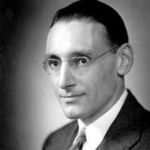 Why Is Hugh B. Cave Influential?

According to Wikipedia, Hugh Barnett Cave was an American writer of various genres, perhaps best remembered for his works of horror, weird menace and science fiction. Cave was one of the most prolific contributors to pulp magazines of the 1920s and '30s, selling an estimated 800 stories not only in the aforementioned genres but also in western, fantasy, adventure, crime, romance and non-fiction. He used a variety of pen names, notably Justin Case under which name he created the antihero The Eel. A war correspondent during World War II, Cave afterwards settled in Jamaica where he owned and managed a coffee plantation and continued his writing career, now specializing in novels as well as fiction and non-fiction sales to mainstream magazines.

Other Resources About Hugh B. Cave

What Are Hugh B. Cave's Academic Contributions?

Hugh B. Cave has made the following academic contributions: