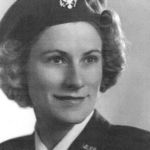 Why Is Iris Cummings Influential?

According to Wikipedia, Iris Cummings , also known by her married name Iris Critchell, is an American aviator and former competition swimmer who represented the United States at the 1936 Summer Olympics in Berlin, Germany. After an active athletic career in swimming, which included a reign as U.S. national 200-meter breaststroke champion from 1936 to 1939, she was accepted into the University of Southern California's first Civilian Pilot Training Program in 1939. After graduation, she worked as a flight instructor prior to being selected to serve her country during World War II as a member of the Women's Auxiliary Ferrying Squadron and Women Airforce Service Pilots . Following the conflict, she returned to California, where she developed and taught a curriculum on civilian flight for veterans returning from the war at the University of Southern California.

Other Resources About Iris Cummings

What Schools Are Affiliated With Iris Cummings?

Iris Cummings is affiliated with the following schools: