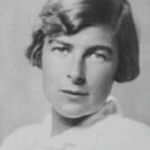 Why Is Isabel Pell Influential?

According to Wikipedia, Isabel Townsend Pell was an American socialite and member of the French Resistance during World War II. She was subsequently decorated with the Legion of Honour. Early life and family Pell was born on September 28, 1900, to Samuel Osgood Pell , a New York real estate agent, and Isabel Audrey Townsend , who married October 18, 1899, in Babylon. The marriage was mentioned in the New York Times, but was short-lived; Isabel Townsend was granted a divorce in early February 1902, aged . She remarried twice, initially to John Cotton Smith, descendant of politician John Cotton Smith.

Other Resources About Isabel Pell