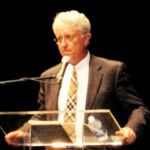 Why Is Jack Thompson Influential?

According to Wikipedia, John Bruce Thompson is an American activist and disbarred attorney. As an attorney, Thompson focused his legal efforts against what he perceives as obscenity in modern culture. Thompson gained recognition as an anti-video game activist, criticizing the content of video games and their alleged effects on children. He also targeted rap music and radio personality Howard Stern.

Other Resources About Jack Thompson

What Schools Are Affiliated With Jack Thompson ?

Jack Thompson is affiliated with the following schools: