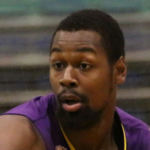 Why Is James Bell Influential?

According to Wikipedia, James Tahj Mainor-Bell is an American professional basketball player for Passlab Yamagata Wyverns of the Japanese B.League. He played college basketball for Villanova before playing professionally in Italy, France, Israel, Turkey and Croatia. Born and raised in Plainfield, New Jersey, he moved to Orlando, Florida to attend Montverde Academy. In his senior year at Montverde, he averaged 18.3 points and 6.3 rebounds per game to lead Montverde to a 23–5 record and was named a third team All-American by USA Today. Both his freshman and sophomore years at Villanova were hampered by injuries to his leg and ankle. He increased his scoring average to 8.6 points per game as a junior to lead Villanova to the NCAA tournament.

Other Resources About James Bell

What Schools Are Affiliated With James Bell ?

James Bell is affiliated with the following schools: