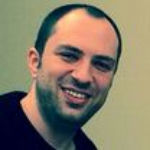 Why Is Jan Koum Influential?

According to Wikipedia, Jan Koum is a Ukrainian-American businessman and computer engineer. He is the co-founder and former CEO of WhatsApp, a mobile messaging app which was acquired by Facebook in 2014 for US$19.3 billion. According to Forbes, he has an estimated net worth of US$10.7 billion as of January 2022, making him one of the richest people in the world. He entered the Forbes list of the 400 richest Americans in 2014 at No. 62, with an estimated net worth of $7.5 billion, the highest-ranked newcomer to the list that year.

Other Resources About Jan Koum

What Schools Are Affiliated With Jan Koum?

Jan Koum is affiliated with the following schools: