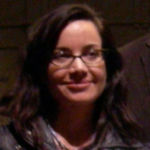 Why Is Janeane Garofalo Influential?

According to Wikipedia, Janeane Marie Garofalo is an American comedian and former co-host on the now-defunct Air America Radio's The Majority Report. Garofalo began her career as a stand-up comedian and became a cast member on The Ben Stiller Show, The Larry Sanders Show, and Saturday Night Live, then appeared in more than 50 movies, with leading or major roles in The Truth About Cats and Dogs, Wet Hot American Summer, The Matchmaker, Reality Bites, The Wild, Steal This Movie!, Clay Pigeons, Sweethearts, Mystery Men, The Minus Man, and The Independent, among numerous others. She has been a series regular on television programs such as Wet Hot American Summer: First Day of Camp, 24, and Girlfriends' Guide to Divorce.

Other Resources About Janeane Garofalo

What Schools Are Affiliated With Janeane Garofalo?

Janeane Garofalo is affiliated with the following schools: