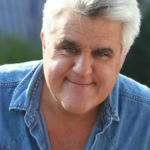 Why Is Jay Leno Influential?

According to Wikipedia, James Douglas Muir Leno is an American television host, comedian, and writer. After doing stand-up comedy for years, he became the host of NBC's The Tonight Show with Jay Leno from 1992 to 2009. Beginning in September 2009, he started a primetime talk show, The Jay Leno Show, which aired weeknights at 10:00pm ET, also on NBC. When it was canceled in January 2010 amid a timeslot and host controversy, Leno returned to hosting The Tonight Show with Jay Leno on March 1, 2010. He hosted his last episode of this second tenure on February 6, 2014. That year, he was inducted into the Television Hall of Fame. Since 2014, he has hosted Jay Leno's Garage, and the 2021 revival of You Bet Your Life.

Other Resources About Jay Leno

What Schools Are Affiliated With Jay Leno?

Jay Leno is affiliated with the following schools: