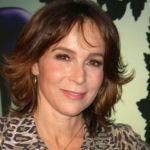 Why Is Jennifer Grey Influential?

According to Wikipedia, Jennifer Grey is an American actress. She made her acting debut with the film Reckless , and had her breakthrough with the teen comedy film Ferris Bueller's Day Off . She subsequently earned worldwide fame for starring as Frances "Baby" Houseman in the romantic drama film Dirty Dancing , which earned her a Golden Globe Award nomination. Her other feature films include Red Dawn , The Cotton Club , Bloodhounds of Broadway , Bounce , Redbelt , The Wind Rises , In Your Eyes , Duck Duck Goose , and Bittersweet Symphony .

Other Resources About Jennifer Grey

What Schools Are Affiliated With Jennifer Grey?

Jennifer Grey is affiliated with the following schools: