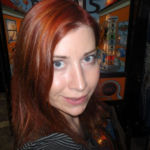 Why Is Jeri Ellsworth Influential?

According to Wikipedia, Jeri Janet Ellsworth is an American entrepreneur, computer chip designer and inventor. She gained fame in 2004 for creating a complete Commodore 64 emulator system on a chip housed within a joystick, called Commodore 30-in-1 Direct to TV. It runs 30 video games from the 1980s, and at peak, sold over 70,000 units in a single day via the QVC shopping channel.

Other Resources About Jeri Ellsworth

What Schools Are Affiliated With Jeri Ellsworth?

Jeri Ellsworth is affiliated with the following schools: