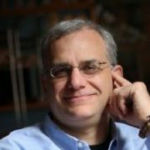 Why Is Jerry Colonna Influential?

According to Wikipedia, Jerry Colonna is an American venture capitalist and professional coach who played a prominent part in the early development of Silicon Valley. Colonna has been named to Upside magazine's list of the 100 Most Influential People of the New Economy, Forbes ASAP's list of the best VCs in the country, and Worths list of the 25 most generous young Americans. He is a co-founder and CEO of the executive coaching and leadership development company, Reboot. He is the host of the Reboot Podcast. He also serves as chairman on the Board of Trustees at Naropa University.

Other Resources About Jerry Colonna

What Schools Are Affiliated With Jerry Colonna ?

Jerry Colonna is affiliated with the following schools: