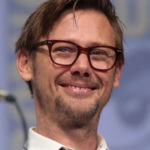 Why Is Jimmi Simpson Influential?

According to Wikipedia, James Raymond Simpson is an American actor. He is best known for his work on television, which includes recurring roles as Liam McPoyle on It's Always Sunny in Philadelphia , Lyle the Intern on The Late Show with David Letterman , Mary Lightly on Psych , Lloyd Lowery on Breakout Kings , Jack Spaniel on The Newsroom , Gavin Orsay on House of Cards , and William on Westworld . For the latter, he received a nomination for the 2018 Primetime Emmy Award for Outstanding Guest Actor in a Drama Series.

Other Resources About Jimmi Simpson

What Schools Are Affiliated With Jimmi Simpson?

Jimmi Simpson is affiliated with the following schools: