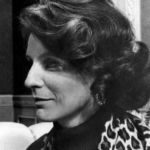 Why Is Joanna Miles Influential?

According to Wikipedia, Joanna Miles is an American actress. She received two Emmy Awards for her portrayal of Laura Wingfield in the 1973 film production of Tennessee Williams' The Glass Menagerie. Early life and education Miles was born in Nice, France, the daughter of Jeanne Patterson Miles, an American painter, and Johannes Schiefer, a French painter and art curator. She immigrated to the United States, and was naturalized a citizen, in 1941. She graduated from The Putney School, a progressive independent high school in Putney, Vermont, in 1958. She was accepted into the Actors Studio, where she studied alongside Al Pacino, Robert De Niro, and Dustin Hoffman.

Other Resources About Joanna Miles