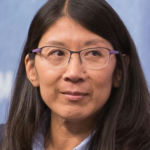 Why Is Joanne Liu Influential?

Areas of Specialization: Pediatrics, Emergency Medicine, Pediatric Emergency Medicine, Community Medicine
Joanne Liu is a former International President of Médecins sans frontières, or as it is more commonly known, Doctors Without Borders, Associate Professor of Medicine for the University of Montreal, Professor of Clinical Medicine at McGill University, and a pediatric emergency doctor. She graduated with her M.D. from McGill University, a C.M. degree at the Centre hospitalier universitaire Sainte-Justine, and an international master’s in health leadership from McGill University.

From school, she went straight to Doctors Without Borders, helping them with public health efforts in Mauritania, the Indian ocean earthquake/tsunami in 2004, Haiti, Kenya, the Central African Republic, Palestine, and Darfur in the Sudan. Through her work, she has helped countless victims of natural disasters, cholera outbreaks, war, conflict, and displacement.

She is a member of the board of directors for the Drugs for Neglected Diseases Initiative. She led an aggressive response by the Doctors Without Borders to the Ebola virus outbreak in West Africa. In their work during the Ebola crisis, she provided critically important guidance for officials in local public health and government agencies in West Africa, as they attempted to prevent the spread of the virus.

In 2015, she declared the US bombing of a hospital in Kunduz, Afghanistan a war crime, and urged an independent investigation.

According to Wikipedia, Joanne Liu, M.D., O.Q., M.S.C, is a Canadian pediatric emergency medicine physician, Associate Professor of Medicine at the University of Montreal, Professor of Clinical Medicine at McGill University, and the previous International President of Médecins sans Frontières . She was elected president during MSF's International General Assembly in June 2013.

Other Resources About Joanne Liu