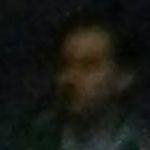 Ice hockey goaltender from the USA

Why Is Joe Cannata Influential?

According to Wikipedia, Joe Cannata is an American professional ice hockey goaltender who is currently playing with IK Oskarshamn in the Swedish Hockey League . Cannata was selected by the Vancouver Canucks in the sixth round, 173rd overall, of the 2009 NHL Entry Draft after his freshman season at Merrimack where he played in 23 games. Internationally, Cannata has represented the United States at the IIHF World Under-18 Championship in Kazan, Russia.

Other Resources About Joe Cannata

What Schools Are Affiliated With Joe Cannata?

Joe Cannata is affiliated with the following schools: