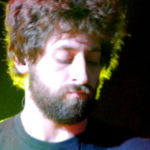 Why Is Joe Trohman Influential?

According to Wikipedia, Joseph Mark Trohman is an American musician, singer, and record producer. He is best known as the lead guitarist and backing vocalist of the American rock band Fall Out Boy, as well as the lead and rhythm guitarist for heavy metal supergroup The Damned Things. Fall Out Boy began in 2001 as Trohman and Pete Wentz's side project from the hardcore punk scene they were involved with, and the band has scored four number one albums on the US Billboard 200, as well as numerous platinum and multi platinum singles in the US and abroad.

Other Resources About Joe Trohman