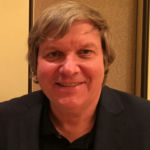 Catholic priest from the United States

Why Is John Dear Influential?

According to Wikipedia, John Dear is an American Catholic priest, peace activist, lecturer, and author of 35 books on peace and nonviolence. He has spoken on peace around the world, organized hundreds of demonstrations against war, injustice and nuclear weapons and been arrested 85 times in acts of nonviolent civil disobedience against war, injustice, poverty, nuclear weapons and environmental destruction. Dear has been nominated several times for the Nobel Peace Prize, including in January 2008 by Archbishop Desmond Tutu. He has served as the director of the Fellowship of Reconciliation, and currently serves as the founder and director of the Beatitudes Center for the Nonviolent Jesus.

Other Resources About John Dear