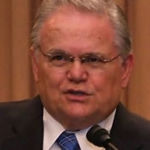 Why Is John Hagee Influential?

According to Wikipedia, John Charles Hagee is an American pastor and televangelist. The founder of John Hagee Ministries, his ministry is telecast to the United States and Canada. Hagee is also the founder and chairman of the Christian-Zionist organization Christians United for Israel. Hagee is active politically and is known for his activism regarding the State of Israel. He has also attracted controversy over his comments on the Catholic Church, Jewish people and Islam, and promotion of the blood moon prophecy.

Other Resources About John Hagee

What Schools Are Affiliated With John Hagee?

John Hagee is affiliated with the following schools: