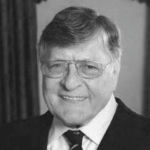 According to Wikipedia, Sir Paul Getty , known widely as John Paul Getty Jr., was a British philanthropist and book collector. He was the third of five sons born to J. Paul Getty , one of the richest men in the world at the time. His mother was J. Paul Getty's fourth wife, Ann Rork. The Getty family's wealth was the result of the oil business founded by George Franklin Getty. One of his sons, Mark Getty, co-founded the visual media company Getty Images.

What Schools Are Affiliated With John Paul Getty Jr.?

John Paul Getty Jr. is affiliated with the following schools: