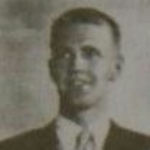 Why Is Jon Henricks Influential?

According to Wikipedia, John Malcolm Henricks is an Australian Olympic swimmer who won two gold medals at the 1956 Summer Olympics in Melbourne. Henricks set world records in two freestyle events. Career Henricks began his competitive swimming career as a distance freestyle swimmer. He scored his first notable successes at the 1952 Australian national championships, when he came third in the 1500 meters, second in the 800 meters, and first in the 400 meters. A prolonged ear infection kept him off the 1952 Australian Olympic team. His coach Harry Gallagher converted him to sprint freestyle events, and he bettered the Olympic record for 100 meters at the 1953 Australian national championships. He held the 100 meters long-course world record for five years, winning gold medals in the 100 metres and 4×200-metre freestyle relay at the 1956 Summer Olympics in Melbourne. During those five years, he lowered the pre-existing record by almost two seconds.

Other Resources About Jon Henricks

What Schools Are Affiliated With Jon Henricks?

Jon Henricks is affiliated with the following schools: