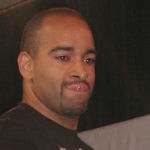 Why Is Jonathan Coachman Influential?

According to Wikipedia, Jonathan William Coachman , also known as "The Coach", is an American sports interviewer, analyst and professional wrestling personality best known for his time at WWE as the pre-show host for pay-per-views. He was previously the interim General Manager of Raw. Coachman's previous run with the company lasted nine years. He returned to the promotion in January 2018. He is also a former college basketball player, and football play-by-play announcer.

Other Resources About Jonathan Coachman

What Schools Are Affiliated With Jonathan Coachman?

Jonathan Coachman is affiliated with the following schools: