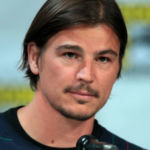 Why Is Josh Hartnett Influential?

According to Wikipedia, Joshua Daniel Hartnett is an American actor and producer. He first came to attention in 1997 for his role as Michael Fitzgerald in the television crime drama series Cracker. He made his feature film debut in 1998 in the slasher film Halloween H20: 20 Years Later, followed by teen roles in films such as the sci-fi horror film The Faculty and the drama The Virgin Suicides . Hartnett had starring roles in the war film Pearl Harbor, the drama O, the war film Black Hawk Down , the romantic comedy 40 Days and 40 Nights , the crime thriller Lucky Number Slevin , and other films.

Other Resources About Josh Hartnett

What Schools Are Affiliated With Josh Hartnett?

Josh Hartnett is affiliated with the following schools: