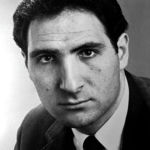 Why Is Judd Hirsch Influential?

According to Wikipedia, Judd Seymore Hirsch is an American actor known for playing Alex Rieger on the television comedy series Taxi , John Lacey on the NBC series Dear John , and Alan Eppes on the CBS series Numb3rs . He is also well known for his career in theatre and for his roles in films such as Ordinary People , Running on Empty , Independence Day , A Beautiful Mind , Independence Day: Resurgence , and Hollywood Stargirl .

Other Resources About Judd Hirsch

What Schools Are Affiliated With Judd Hirsch?

Judd Hirsch is affiliated with the following schools: