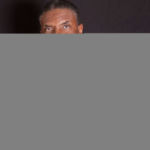 Why Is Keith David Influential?

According to Wikipedia, Keith David Williams is an American actor. He is known for his signature deep voice and commanding screen presence, in over 300 roles across film, stage, television, and interactive media. He has starred in such films as The Thing , Platoon , They Live , Dead Presidents , Armageddon , There's Something About Mary , Requiem for a Dream , Pitch Black , Barbershop , Crash , The Chronicles of Riddick , and Cloud Atlas . He starred as Elroy Patashnik in the sixth season of the NBC series Community. In 2016, he began starring as Bishop James Greenleaf in the Oprah Winfrey Network drama Greenleaf.

Other Resources About Keith David

What Schools Are Affiliated With Keith David?

Keith David is affiliated with the following schools: