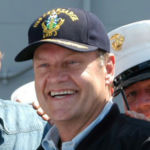 Why Is Kelsey Grammer Influential?

According to Wikipedia, Allen Kelsey Grammer is an American actor, comedian and producer. For two decades, Grammer played psychiatrist Dr. Frasier Crane on the NBC sitcom Cheers and its spin-off Frasier, winning four Primetime Emmy Awards and two Golden Globe Awards for the role. His other roles include the political drama series Boss for which he won a Golden Globe Award, the period drama series The Last Tycoon, and a recurring guest role as the voice of Sideshow Bob in The Simpsons, with additional voice roles in Anastasia and Toy Story 2 . He has also appeared in various television shows such as 30 Rock, Modern Family, and Unbreakable Kimmy Schmidt.

Other Resources About Kelsey Grammer

What Schools Are Affiliated With Kelsey Grammer?

Kelsey Grammer is affiliated with the following schools: