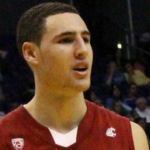 Why Is Klay Thompson Influential?

According to Wikipedia, Klay Alexander Thompson is an American professional basketball player for the Golden State Warriors of the National Basketball Association . A four-time NBA champion with the Warriors, he is a five-time NBA All-Star, a two-time All-NBA Third Team honoree and was once named to the NBA All-Defensive Second Team. He has also won gold medals with the United States national team on their 2014 World Cup team and 2016 Olympic team.

Other Resources About Klay Thompson

What Schools Are Affiliated With Klay Thompson?

Klay Thompson is affiliated with the following schools: