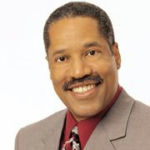 Why Is Larry Elder Influential?

According to Wikipedia, Laurence Allen Elder is an American conservative talk radio host, author, politician, and attorney who hosts The Larry Elder Show. The show began as a local program on Los Angeles radio station KABC in 1993 and ran until 2008, followed by a second run on KABC from 2010 to 2014. The show is nationally syndicated, first through ABC Radio Networks from 2002 to 2007 and then Salem Media Group since 2015.

Other Resources About Larry Elder

What Schools Are Affiliated With Larry Elder?

Larry Elder is affiliated with the following schools: