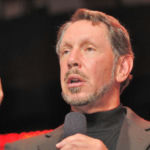 Why Is Larry Ellison Influential?

According to Wikipedia, Lawrence Joseph Ellison is an American business magnate and investor who is the co-founder, executive chairman, chief technology officer and former chief executive officer of the American computer technology company Oracle Corporation. As of August 2022, he was listed by Bloomberg Billionaires Index as the tenth-wealthiest person in the world, with an estimated fortune of $97 billion. Ellison is also known for his 98% ownership stake in Lanai, the sixth-largest island in the Hawaiian Archipelago.

Other Resources About Larry Ellison

What Schools Are Affiliated With Larry Ellison?

Larry Ellison is affiliated with the following schools: