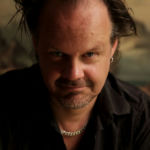 Why Is Larry Fessenden Influential?

According to Wikipedia, Laurence T. Fessenden is an American actor, producer, writer, director, film editor, and cinematographer. He is the founder of the New York based independent production outfit Glass Eye Pix. His writer/director credits include No Telling , Habit , Wendigo , and The Last Winter , which is in the permanent collection of the Museum of Modern Art. He has also directed the television feature Beneath , an episode of the NBC TV series Fear Itself entitled "Skin and Bones", and a segment of the anthology horror-comedy film The ABCs of Death 2 . He is the writer, with Graham Reznick, of the BAFTA Award-winning Sony PlayStation video game Until Dawn. He has acted in numerous films including Like Me , In a Valley of Violence , We Are Still Here , Jug Face , Broken Flowers , The Dead Don't Die , Bringing Out the Dead and I Sell the Dead .

Other Resources About Larry Fessenden