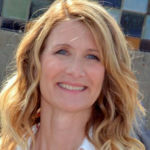 Why Is Laura Dern Influential?

According to Wikipedia, Laura Elizabeth Dern is an American actress, director, and producer. She is the recipient of numerous accolades, including an Academy Award, an Emmy Award, and five Golden Globe Awards. Born to actor Bruce Dern and actress Diane Ladd, Dern embarked on an acting career in the 1980s and rose to prominence for her performances in Mask and the David Lynch films Blue Velvet and Wild at Heart . She received an Academy Award nomination for her portrayal of the titular orphan in the drama film Rambling Rose , and achieved international recognition for her role as Ellie Sattler in Steven Spielberg's adventure film Jurassic Park , a role that she reprised in the sequels Jurassic Park III and Jurassic World Dominion .

Other Resources About Laura Dern