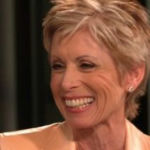 Why Is Laura Schlessinger Influential?

According to Wikipedia, Laura Catherine Schlessinger is an American talk radio host and author. "The Dr. Laura Program," heard weekdays for three hours on Sirius XM Radio, consists mainly of her responses to callers' requests for personal advice and often features her short monologues on social and political topics. Her website says that her show "preaches, teaches, and nags about morals, values, and ethics." She is an inductee to the National Radio Hall of Fame in Chicago.

Other Resources About Laura Schlessinger

What Schools Are Affiliated With Laura Schlessinger?

Laura Schlessinger is affiliated with the following schools: