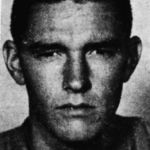 Why Is Lee Grosscup Influential?

According to Wikipedia, Clyde Lee Edward Grosscup was an American professional football player who later became a sportscaster. Collegiate career Born and raised in Santa Monica, California, Grosscup was a quarterback for the University of Washington in Seattle in 1955. He and three former high school teammates left the school shortly after their freshman season; deciding to sit out a year instead of continuing to play for the "tyrannical" John Cherberg in Seattle. He attended Santa Monica College, then transferred to the University of Utah in Salt Lake City in 1957, leading a passing offense under head coach Jack Curtice that was advanced for its time. Monday Night Football broadcaster Al Michaels credits Grosscup for developing the shovel pass or "Utah pass," although Grosscup acknowledges that the play was used decades earlier in the 1920s.

Other Resources About Lee Grosscup