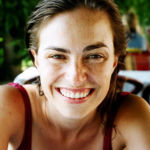 Why Is Lisa Brennan-Jobs Influential?

According to Wikipedia, Lisa Nicole Brennan-Jobs is an American writer. She is the daughter of Apple co-founder Steve Jobs and Chrisann Brennan. Jobs initially denied paternity for several years, which led to a legal case and various media reports in the early days of Apple. Lisa and Steve Jobs eventually reconciled, and he accepted his paternity. Brennan-Jobs later worked as a journalist and magazine writer. An early Apple business computer, the Apple Lisa, is named after Brennan-Jobs, and she has been depicted in a number of biographies and films, including the biopics Pirates of Silicon Valley , Jobs , and Steve Jobs . A fictionalized version of her is a major character in her aunt Mona Simpson's novel A Regular Guy.

Other Resources About Lisa Brennan-Jobs

What Schools Are Affiliated With Lisa Brennan-Jobs?

Lisa Brennan-Jobs is affiliated with the following schools: