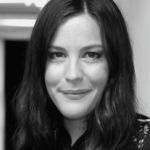 Why Is Liv Tyler Influential?

According to Wikipedia, Liv Rundgren Tyler is an American actress, producer, singer and former model. She is best known for her portrayal of Arwen Undómiel in the Lord of the Rings film trilogy . She began a modeling career at age 14. She later decided to focus on acting and made her film debut in Silent Fall ; she went on to achieve critical recognition with starring roles in Heavy and Empire Records , as well as That Thing You Do! and Stealing Beauty . She then appeared in films such as Inventing the Abbotts , Armageddon , Cookie's Fortune and Onegin , Dr. T & the Women , and One Night at McCool's .

Other Resources About Liv Tyler