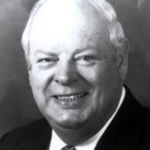 Why Is Lou Gorman Influential?

According to Wikipedia, James Gerald "Lou" Gorman was an American baseball executive, and the former general manager of the Seattle Mariners and Boston Red Sox of Major League Baseball. He spent more than three decades in baseball operations, as a general manager, assistant GM, farm system director or scouting director, and at the time of his death he was the Red Sox' executive consultant for public affairs with an emphasis on community projects. He also was the coordinator of the Boston Red Sox Hall of Fame, to which he was inducted in 2002.

Other Resources About Lou Gorman

What Schools Are Affiliated With Lou Gorman?

Lou Gorman is affiliated with the following schools: