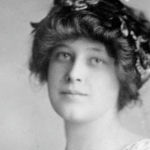 Why Is Madeleine Astor Influential?

According to Wikipedia, Madeleine Talmage Astor was an American socialite and a survivor of the . She was the second wife and widow of businessman John Jacob Astor IV. Early life Madeleine Talmage Force was born on June 19, 1893, in Brooklyn, New York, the younger daughter of William Hurlbut Force and the former Katherine Arvilla Talmage . Madeleine's elder sister Katherine Emmons Force was a real estate businesswoman and socialite. Through her father, she had French ancestry and was a great-niece of builder Ephraim S. Force . Her mother had Dutch ancestry.

Other Resources About Madeleine Astor