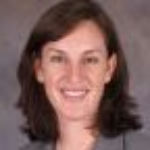 Why Is Maggie Dixon Influential?

According to Wikipedia, Margaret Mary Dixon was an American collegiate women's basketball coach. Life Dixon was born in North Hollywood, California, and played basketball at Notre Dame High School. Dixon graduated in 1999 with a bachelor's degree in history from the University of San Diego, where she played for the women's basketball team. She served as team captain her senior year, and was voted as the "Most Improved Player". After an unsuccessful tryout for the WNBA Los Angeles Sparks, she took up coaching, at the urging of her older brother. After one season as director of operations, Dixon was an assistant coach at DePaul University from 2001 to 2005 under Doug Bruno.

Other Resources About Maggie Dixon

What Schools Are Affiliated With Maggie Dixon?

Maggie Dixon is affiliated with the following schools: