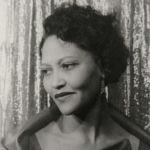 Why Is Maidie Norman Influential?

According to Wikipedia, Maidie Ruth Norman was an American radio, stage, film, and television actress as well as an instructor in African-American literature and theater. Early life Norman was born Maidie Ruth Gamble on a plantation in Villa Rica, Georgia, to Louis and Lila Graham Gamble. She was raised in Lima, Ohio, and began studying drama and performing in Shakespeare plays as a child. She graduated from Central High School in Lima in 1930, and attended Bennett College in Greensboro, North Carolina, where she earned a bachelor of arts in 1934. She then got her master's degree in drama at Columbia University in 1937.

Other Resources About Maidie Norman

What Schools Are Affiliated With Maidie Norman?

Maidie Norman is affiliated with the following schools: