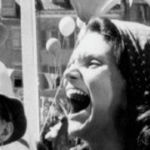 Why Is Malcolm Atterbury Influential?

According to Wikipedia, Malcolm MacLeod Atterbury was an American stage, film, and television actor, and vaudevillian. Early years A native of Philadelphia, Atterbury was the son of Malcolm MacLeod, Sr. and Arminia Clara MacLeod. He had an older sister, Elizabeth, a twin brother, Norman, and a younger brother, George Rosengarten MacLeod. After his father's death his mother remarried to General William Wallace Atterbury, president of Pennsylvania Railroad. Through this marriage he had a half-brother, William Wallace Atterbury Jr.

Other Resources About Malcolm Atterbury