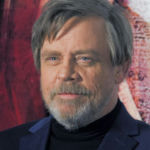 Why Is Mark Hamill Influential?

According to Wikipedia, Mark Richard Hamill is an American actor, voice artist, and writer. He is known for his role as Luke Skywalker in the Star Wars film series, beginning with the original 1977 film and subsequently winning three Saturn Awards for his performances in The Empire Strikes Back , Return of the Jedi , and The Last Jedi . His other film appearances include Corvette Summer and The Big Red One . Hamill has also appeared on stage in several theater productions, primarily during the 1980s.

Other Resources About Mark Hamill

What Schools Are Affiliated With Mark Hamill?

Mark Hamill is affiliated with the following schools: