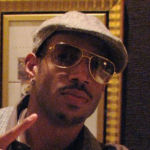 Why Is Marlon Wayans Influential?

According to Wikipedia, Marlon Lamont Wayans is an American actor, comedian, writer, and producer. Wayans began his career portraying a pedestrian in I'm Gonna Git You Sucka . He went on to regularly collaborate with his brother Shawn Wayans on The WB sitcom The Wayans Bros. , and in the comedy films Scary Movie , Scary Movie 2 , White Chicks , Little Man , and Dance Flick . Wayans had a dramatic role in Darren Aronofsky's critically acclaimed film Requiem for a Dream , which saw his departure from the usual comedies.

Other Resources About Marlon Wayans

What Schools Are Affiliated With Marlon Wayans?

Marlon Wayans is affiliated with the following schools: