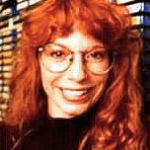 Why Is Mary Kay Bergman Influential?

According to Wikipedia, Mary Kay Bergman , also credited as Shannen Cassidy, was an American voice actress and voice-over teacher. Bergman was the lead female voice actress on South Park from the show's 1997 debut until her death. Throughout her career, Bergman performed voice work for over 400 television commercials and voiced over 100 cartoon, film, and video game characters.

Other Resources About Mary Kay Bergman

What Schools Are Affiliated With Mary Kay Bergman?

Mary Kay Bergman is affiliated with the following schools: