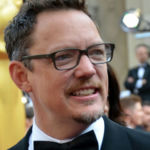 Why Is Matthew Lillard Influential?

According to Wikipedia, Matthew Lyn Lillard is an American actor. His early film work includes Chip Sutphin in Serial Mom , Emmanuel "Cereal Killer" Goldstein in Hackers , Stu Macher in Scream , Stevo in SLC Punk! , Brock Hudson in She's All That , and Billy Brubaker in Summer Catch . He played Shaggy Rogers in Scooby-Doo and its sequel Scooby-Doo 2: Monsters Unleashed , and in animation, he has been the voice of Shaggy since Casey Kasem retired from the role in 2009.

Other Resources About Matthew Lillard

What Schools Are Affiliated With Matthew Lillard?

Matthew Lillard is affiliated with the following schools: