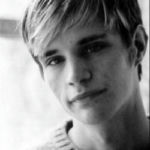 Why Is Matthew Shepard Influential?

According to Wikipedia, &LTnoinclude> </noinclude> Matthew Wayne Shepard was a gay American student at the University of Wyoming who was beaten, tortured, and left to die near Laramie on the night of October 6, 1998. He was taken by rescuers to Poudre Valley Hospital in Fort Collins, Colorado, where he died six days later from severe head injuries received during his beating.

Other Resources About Matthew Shepard

What Schools Are Affiliated With Matthew Shepard?

Matthew Shepard is affiliated with the following schools: